Helping to improve the local area - A National Scheme

A flyer from the mairie of Romagne announced a nationwide scheme where volunteers help to improve their local area. So, on a gloriously sunny Saturday afternoon we popped up to a packed village hall.

Project suggestions were put forward. They varied from repainting the school playground, to picking up litter from local footpaths, and repairing the lavoir roof at La Cueille.

Several emails and meetings later a team of eight eager volunteers were consigned to work on La Cueille. Work began at 8am with materials and picnic tables in place, and various useful vehicles on standby. Breakfast was served at 9.30am with coffee and croissants. 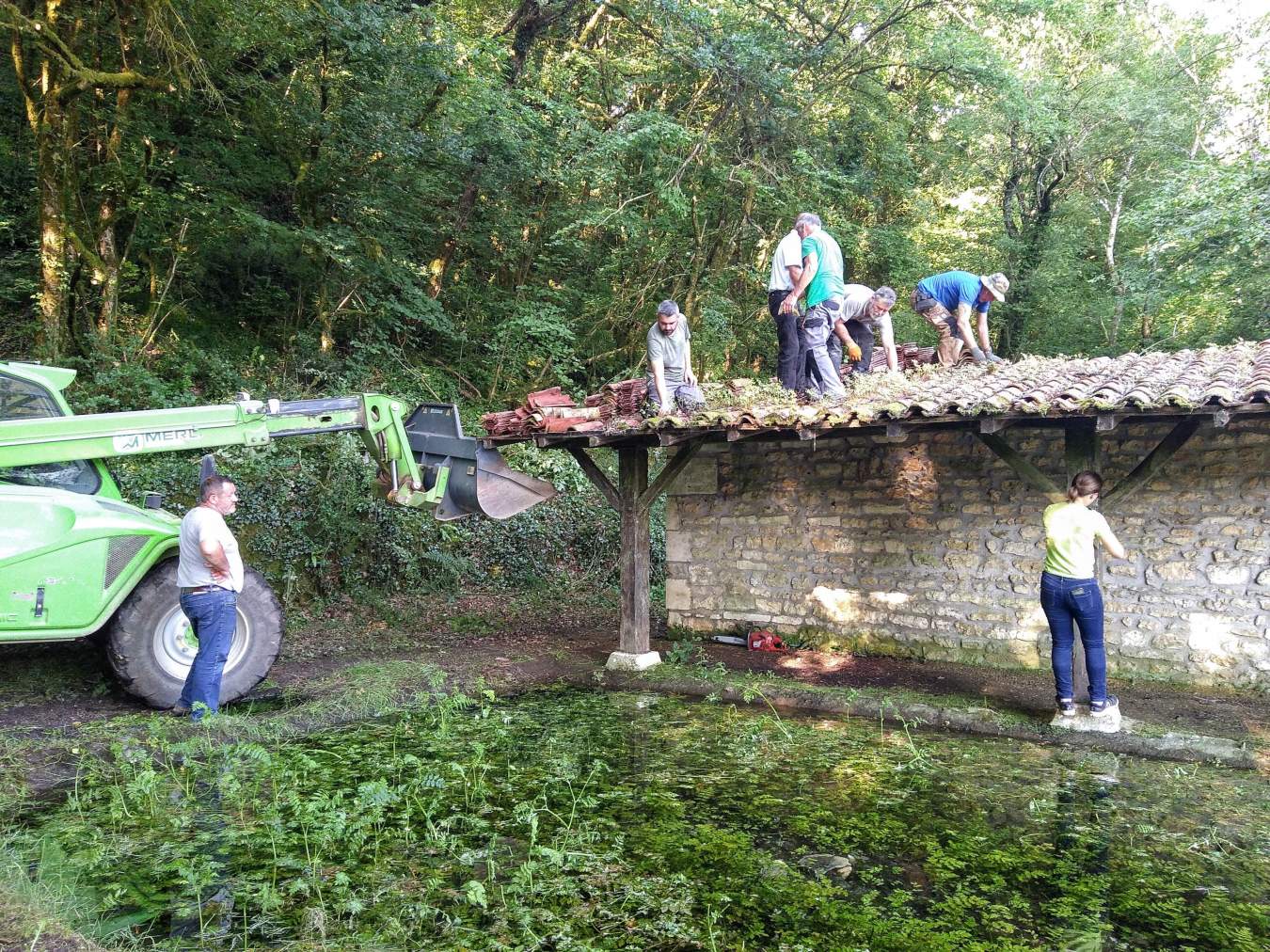 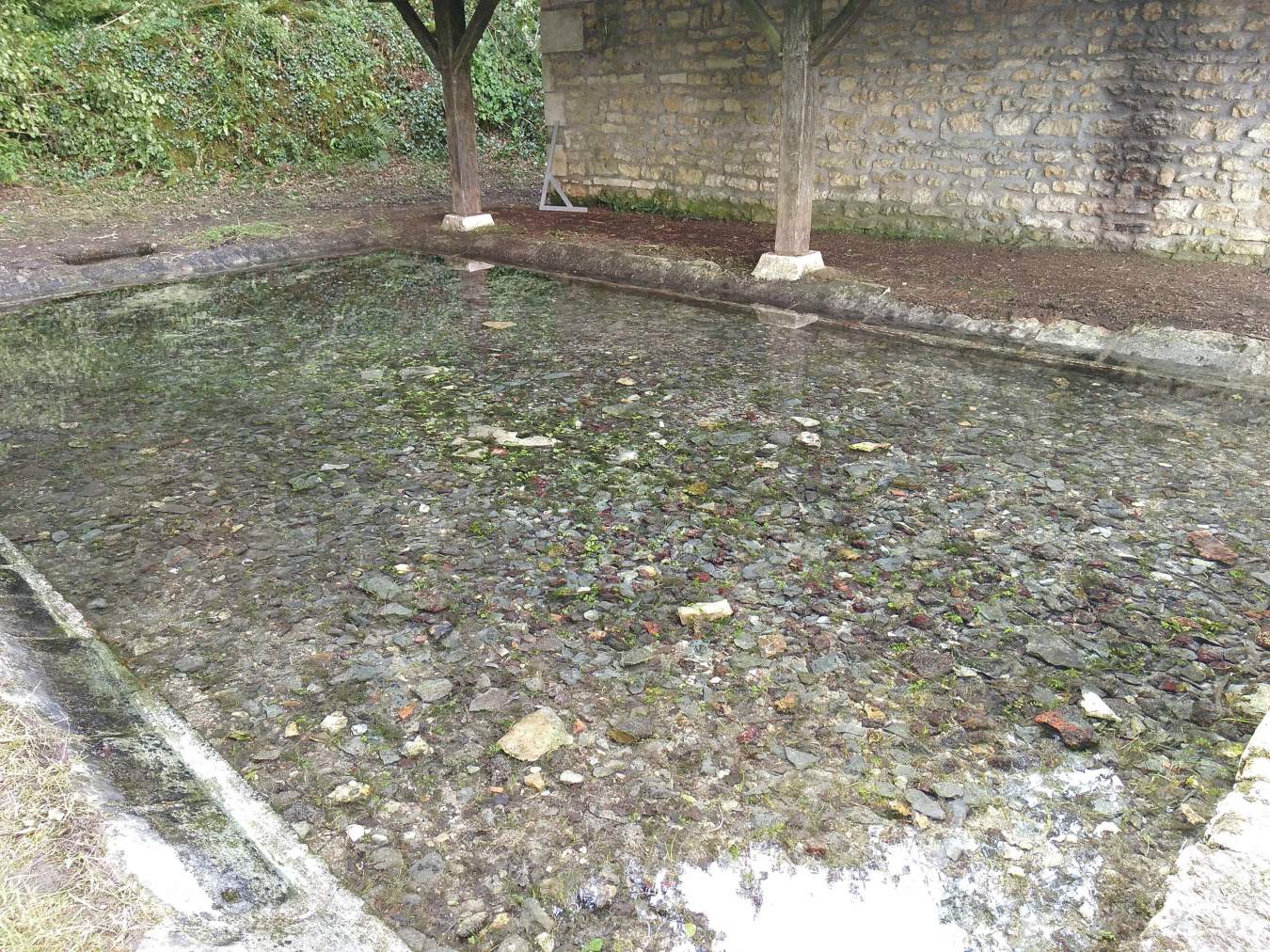 The weather was perfect! The men worked on the roof. The female volunteers were below, getting their feet wet cleaning out the lavoir and giving the woodwork a new lease of life.

The local press took photos mid morning. At midday, a three course lunch arrived. Despite normally taking a good two hour lunch break, directly after dessert everyone was back to work. 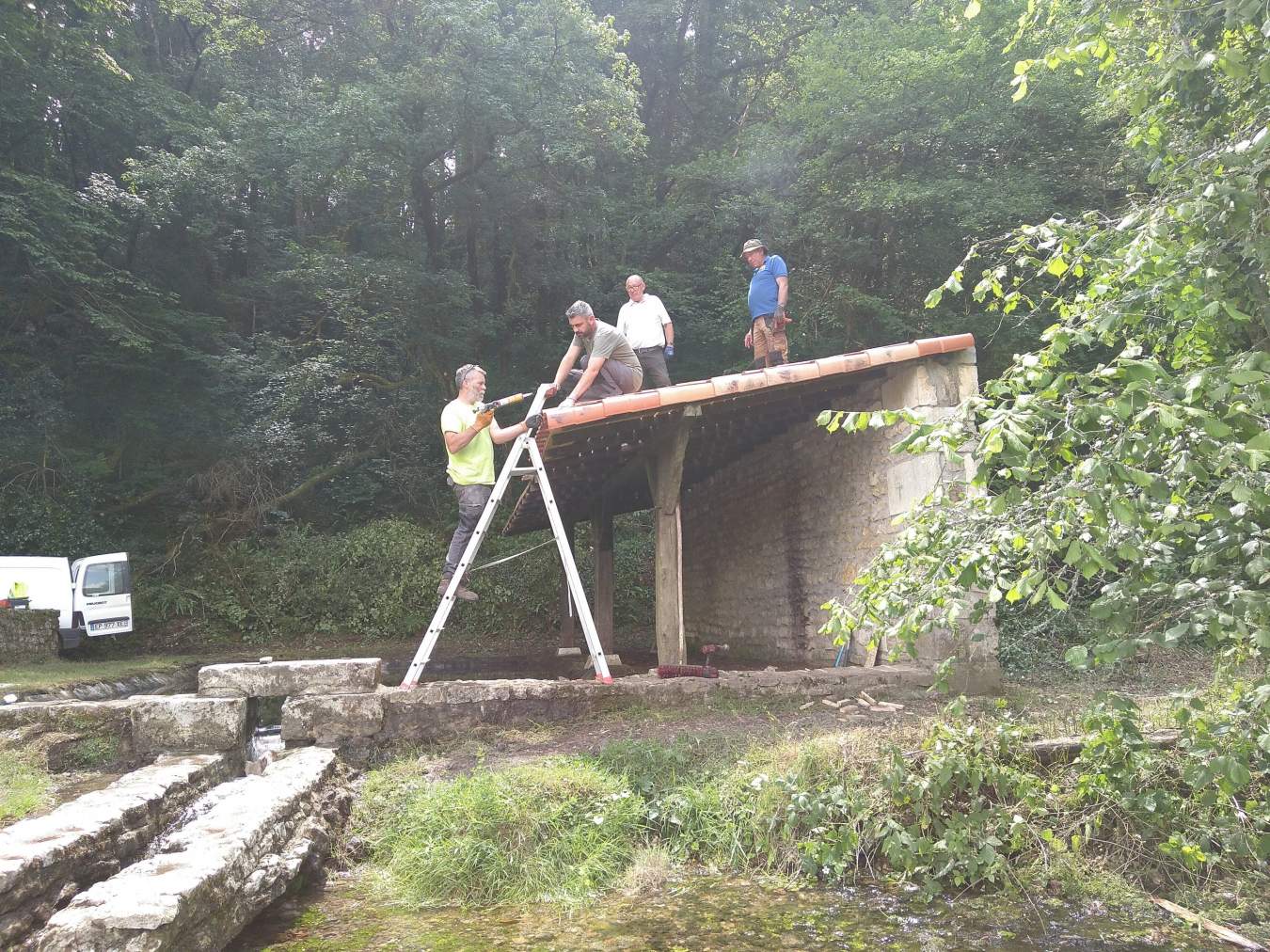 Repairing a roof isn’t a five minute job. neither is it a day’s work. However, with a team of motivated citizens alongside, it’s amazing what can be achieved.

The mairie marked the end of the day with a meal accompanied by a local band. The whole team was late but happy at what had been achieved. The lavoir at la Cueille had been returned to its former glory.

As we live just 200m along from this lovely place and walk the dogs along there most days, we are happy to act as its guardians. 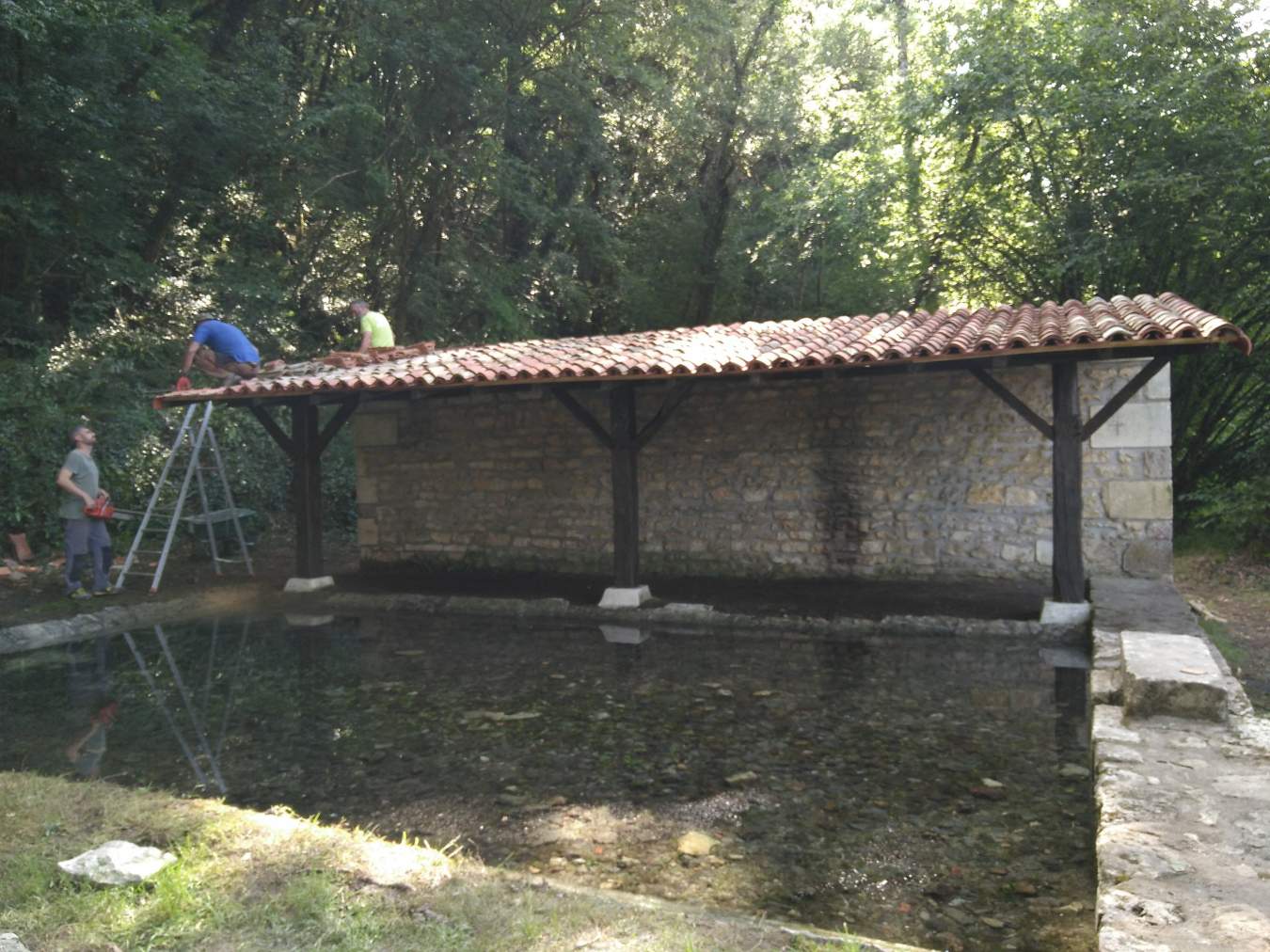 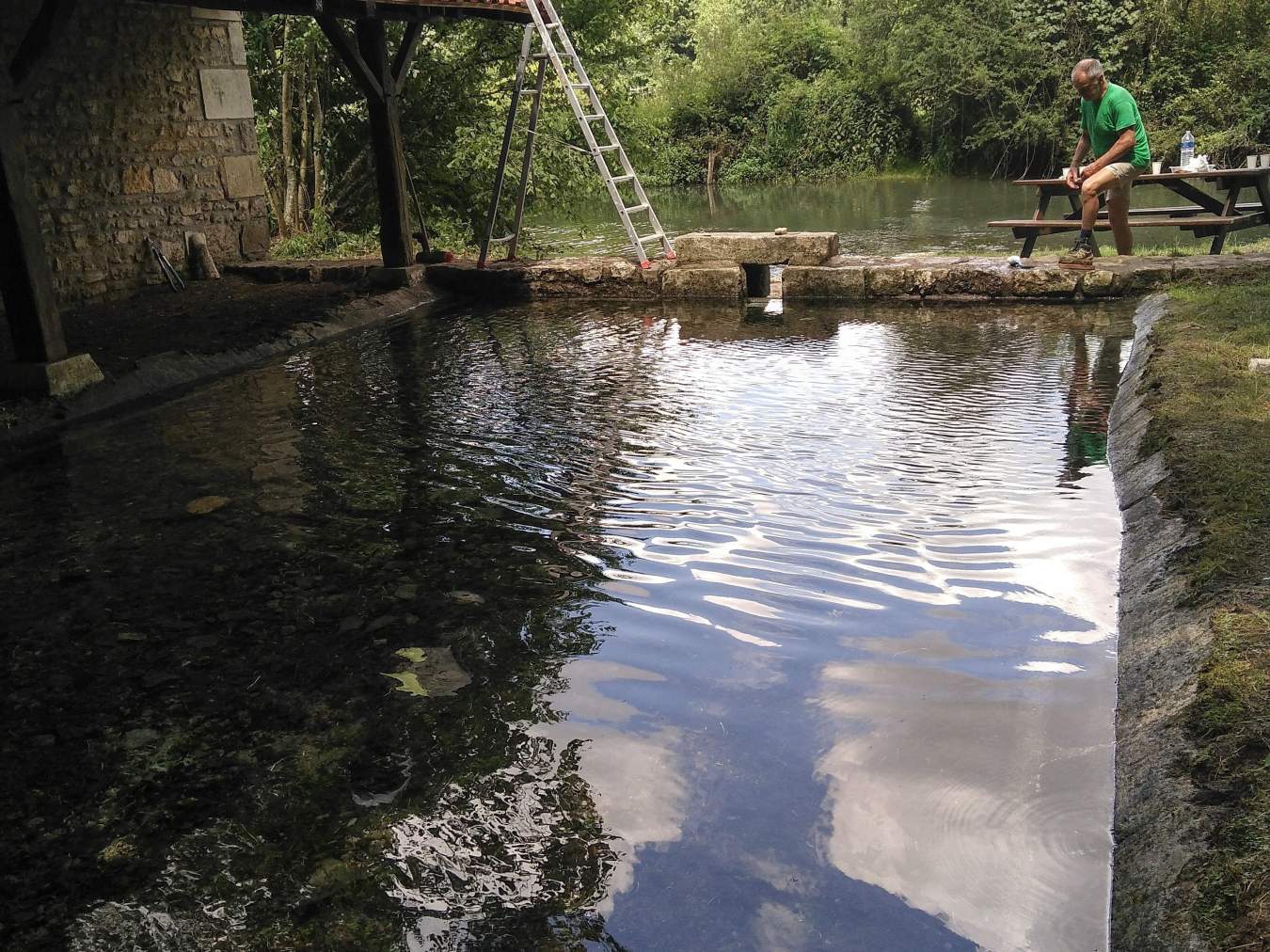 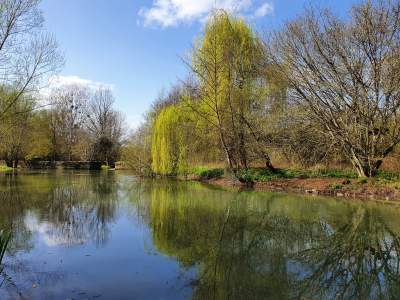 Life on the riverside - planting tomatoes 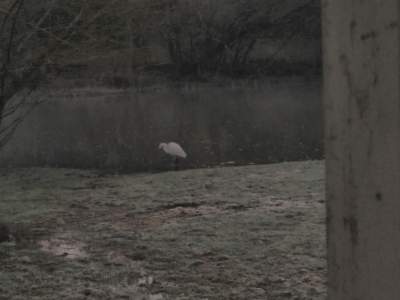 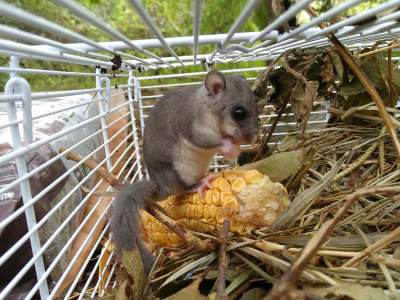 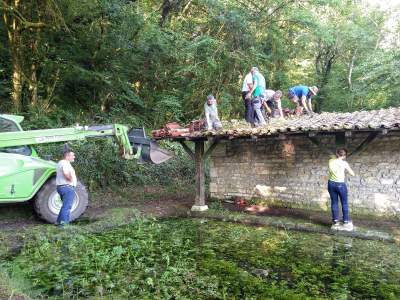 Helping to improve the local area - A National Scheme 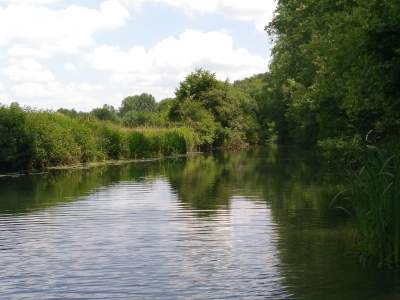 Bordeaux vineyards to fields of grain and vegetables in Vienne